Seven Florida Keys nonprofits are the recipients of grants through CFFK’s 2015 Performing and Visual Arts Grant Program. The program awarded a total of $34,000 for innovative projects that will utilize music, performing or visual arts to address and impact issues of community concern.

The grant recipients and their funded programs are:

“We’re very pleased that CFFK through the generosity of its donors is helping support these innovative arts projects that will impact the community and involve collaboration with other groups,” says Ann Reynolds, Chair of CFFK’s Grant Committee during the grants review process. “The Keys have a rich cultural history and a thriving arts community. This program helps CFFK meet its mission of making the Keys a better place to live now and in the future.”

The Performing and Visual Arts Grant Program was open to Monroe County nonprofits for collaborative arts projects occurring in 2016. CFFK’s Grant Committee reviewed pre-application summaries from 24 organizations and invited 12 applicants to apply. The seven grant recipients were selected from those applicants. The program was announced earlier this Spring following a successful inaugural program last year.

The Performing and Visual Arts Grant Program is funded through four Field of Interest Funds that were set up by donors to support arts and culture in the Keys: the Jack Baron Visual Grant Fund, the William C. Euler, Jr. and Andrew F. Oates, Jr. Endowment, the Florence Fox-Loeb Key West Music and Theatre Arts Endowment, and the Jones-DelMonte Endowment.

Field of Interest Funds benefit a broad charitable purpose within a specific field, such as arts or the environment. The fund advisors for these four funds empowered CFFK’s Grants Committee to select the projects and recipients. 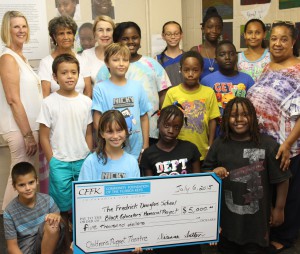 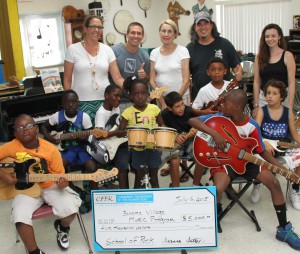 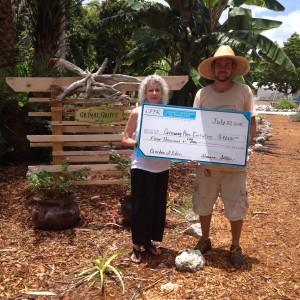 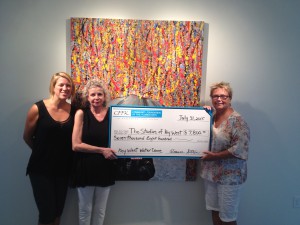