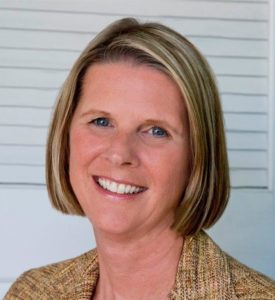 CFFK President and CEO Dianna Sutton, who has led the organization for the past 15 years, will retire at the end of 2019. Under Dianna’s distinguished leadership, CFFK’s assets have substantially grown from $4 million to $20 million today, the awareness and effectiveness of the nonprofit sector in Monroe County has significantly increased, and CFFK has achieved national recognition as a top grant maker and received accreditation for U.S. community foundations. Dianna will assist CFFK through the transition to its next leader.

Dianna was hired to lead CFFK as its first full-time professional employee in April 2004 following a national search. Utilizing her experience with community foundations, nonprofit leadership, and her skills as a nationally Certified Fund Raising Executive, Dianna has led CFFK in facilitating over $34 million in charitable donations and an estimated $50 million more has been pledged in future legacy gifts. Since CFFK’s inception, the Foundation has awarded $29 million in grants to local nonprofits, scholarships and program services, propelling the organization into the top 5 percent of community foundations nationally for active grant making per capita. The grant funding, which has assisted thousands of residents from Key West to Key Largo, includes funds for vital disaster recovery aid through two major disaster relief initiatives following Hurricane Wilma in 2005 and Hurricane Irma in 2017.

With Dianna’s vision and guidance, CFFK created the Center for Nonprofit Excellence, a virtual hub of programs, services and resources for nonprofits. She co-created the Leadership Success Academy board training program, equipping more than 450 volunteer board members throughout Monroe County with nonprofit best practices, and significantly grew the annual Unsung Heroes volunteer recognition event. Under Dianna’s leadership, CFFK obtained pivotal national accreditation and, in addition to increasing its assets under management to $20 million plus securing another estimated $50 million in legacy gifts, the number of donor and agency funds expanded from 17 to 149.

“For 15 years, Dianna Sutton has provided exemplary leadership and has applied her outstanding skills, considerable professional experience and extensive fundraising expertise to make an incredible difference here in the Keys,” says Ron Burd, CFFK Board Chair. “She has grown the organization into a stable, vital community asset and has positioned the Foundation very well for the future.”

Says Dianna Sutton, “It has been and continues to be an honor to serve as President and CEO of the Community Foundation. I’ve enjoyed working with the generous and caring people of our island community who exemplify the spirit of one human family. I will cherish those relationships as I pursue my next adventure.”

Dianna is a servant leader who has utilized her comprehensive experience to train, educate and provide consulting services to nonprofit organizations, as well as publish numerous philanthropic articles as a newspaper columnist. She volunteers for several Keys nonprofits, is an Ambassador of the City of Key West, and a graduate of Leadership Monroe County Class XV.

Board Chair Ron Burd will head CFFK’s search for a new president with the full Board acting as the Search Committee. The Board has retained executive search and consulting firm, Newland Associates. Interested parties in the job search may message Newland Associates at CFFKCEO@newlandcpi.com.